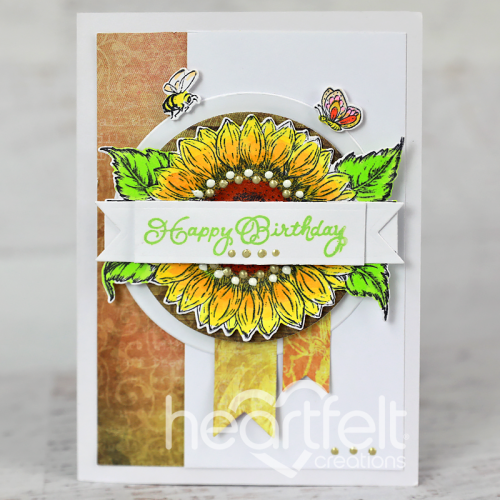 Using Jet Black ink, stamp the sunflower image from the HCPC-3970 Peony & Sunflower Banner Cling Stamp Set onto a white cardstock. Cut with the matching die. Paint with felt-tip pens or markers. Use shades of yellow, orange with the addition of brown and green. Glue on previously prepared circles. Apply a small amount of glue to the center of the sunflower diecut only, leave the rest free.

Stamp the sentiment from the Special Birthday Sentiments HCPC-3843 set. Use Vivid Chartreuse color. Cut out with a banner from the Arrows and Banner HCD1-7204 set. Fold as shown and place the 3D foam dots in the middle of the sentiment and the pieces of the 3D foam strips further away. Glue in the central part of the sunflower image in a place specially prepared for this purpose.

From sheet 1B Home on the Farm Paper Collection, cut out the banners and slide under the dark circle as shown. Above the sunflower image, glue yellow, orange and pink sandstone images of butterfly and bee on the pieces of 3D foam strips.

Finish the work with gold Nuvo droplets at the bottom and under the sentiment, and white and gold dots arranged in the center of the sunflower. 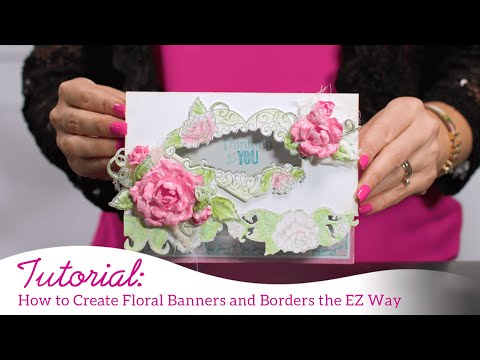 How to Create Floral Banners and Borders the EZ Way 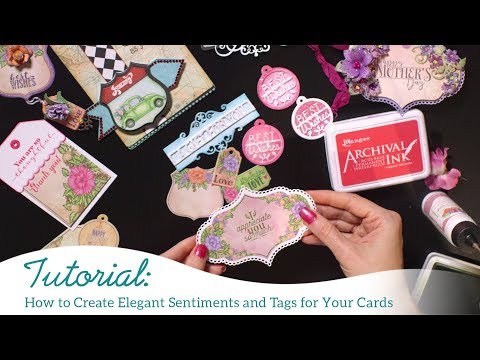 How to Create Elegant Sentiments and Tags for Your Cards