On an A4 sheet of plain white cardstock with a thickness of 120g, stamp the hearts from the HCPC-3965 Summer Wreath Accents Cling Stamp Set multiple times using Pebble Beach ink. Cut a strip of them approximately 2.25"' x 5.25" in size and glue them on the left side. Using the same ink, stamp the mosaic from the HCPC-3977 Elegant Mosaics set, cut out with the matching die. Cut in half, overlapping as shown, glue next to the pattern with hearts. Cut 2 thin strips of gold cardboard and glue it at the seam as shown.

Stamp 2x the images from the HCPC-3987 Wild Poppy Accents Cling Stamp Set onto a white cardstock using Pebble Beach ink, cut out with a matching cut. Paint with watercolor paints in shades of green, reddish pink, brown and black.

Arrange the composition as shown. On the bottom, arrange the leaves, then adhere the images of flowers on top of each other with 3D cubes. On the underside, lift the leaves slightly upwards as shown.

In the center of the flowers, add a large drop of white Nuvo and add a few golden droplets in the upper right corner.

Other Products: Cutting machine, trimmer paper, A4 sheet of plain white cardboard with a thickness of 120g, watercolor paint, brush 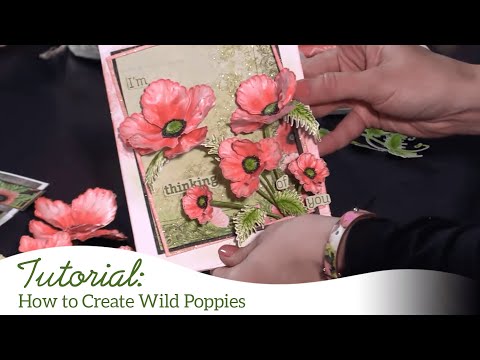 How to Create Wild Poppies 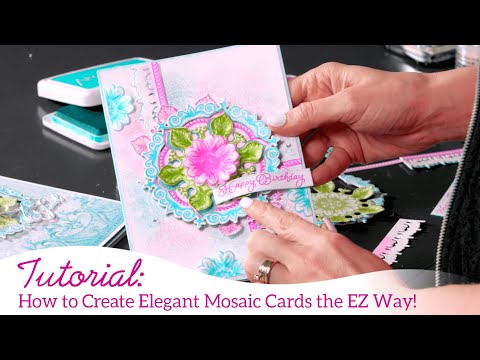 How to Create Elegant Mosaic Cards the EZ way! 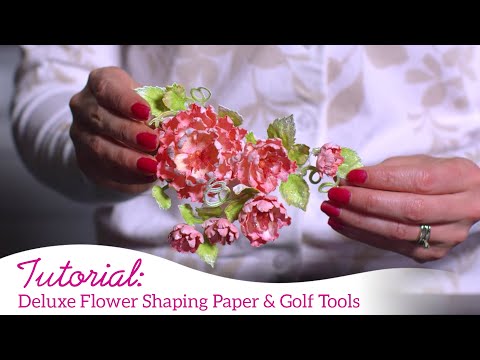 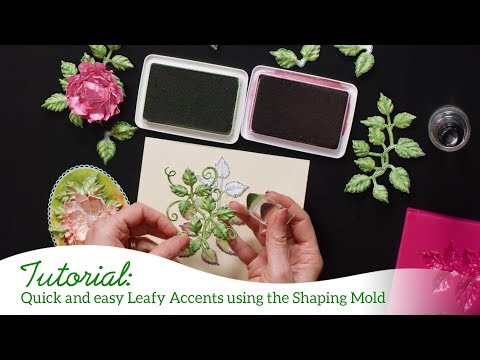